Do You Have A Poverty Mentality? 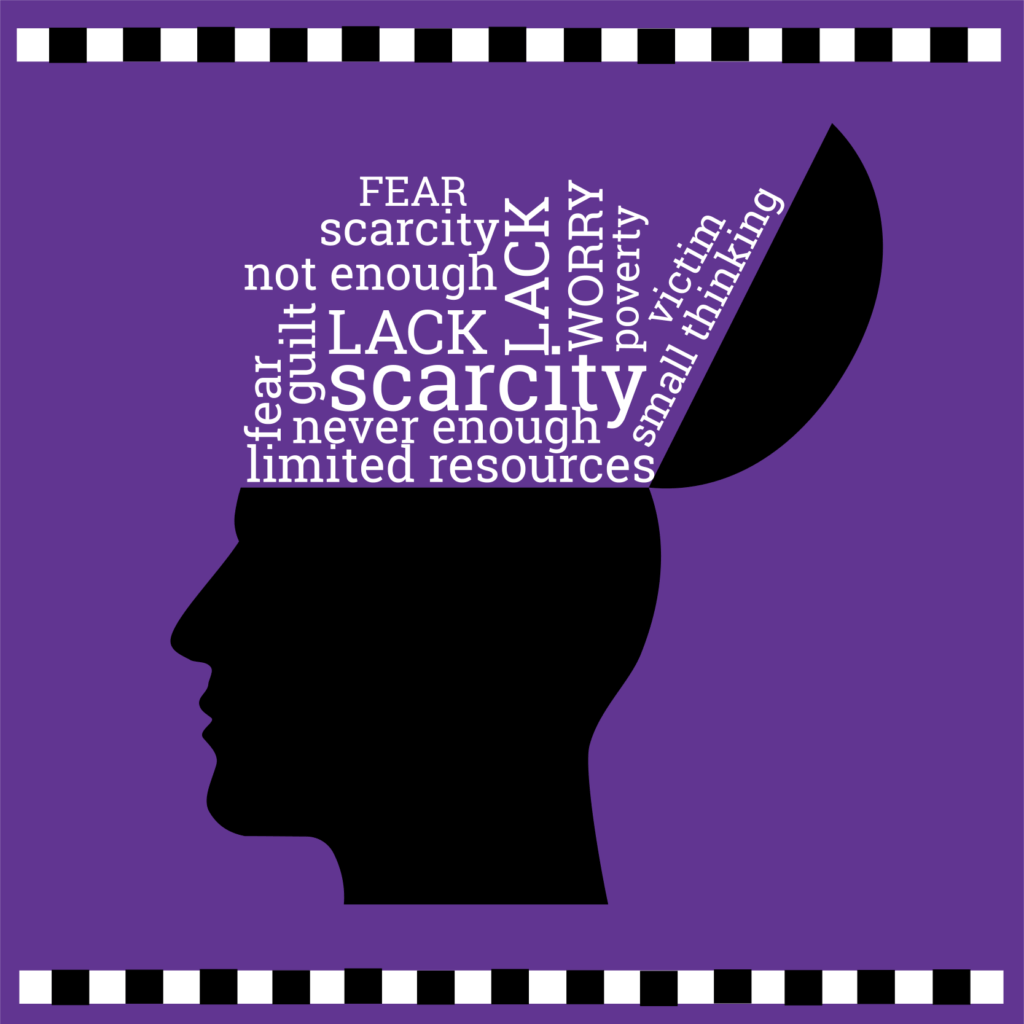 Poverty is real. Did you know that 689 million people live in extreme poverty worldwide, many surviving on less than $1.90 a day? According to povertyusa.org, in the United States 42,510,843 people lived in poverty in 2019. That’s 13.4%. These figures are expected to dramatically increase as a result of the pandemic.

I don’t want to minimize the reality of poverty; however, do you know what’s sad? Many people who are not poor, are living as if they were. That’s a poverty mentality. It shrinks your world, limits your options, and keeps you in fear. That’s no way to live!

What breaks my heart even more? Christians who have a poverty mentality. After all, we worship the creator of the universe – the One who spoke everything into existence out of nothing. We have a Father who owns the cattle on a thousand hills, and He’s not some stranger – we have a personal relationship with Him. That makes us abundantly rich! And yet we do life as if we were poor.

What is a poverty mentality?

It’s the belief that money, resources, talents, time, possibilities are scarce; hard to come by. Moving up in your career, reaching your goals, making friends – it’s all a big struggle.  And because there is lack, you have to play it safe.

What is an abundance mentality?

It’s the belief that money, resources, talents, time, possibilities are abundant; enough for everyone and more! Moving up in your career, reaching your goals, making friends – it’s all possible.  And because there is plenty, you are free to take risks!

With Him, we have all we ever need. There’s no reason to fear or play it safe in our life or work!

The Parable of the Talents

The parable of the talents in Matthew 25:14-29 describes it well. The parable in a nutshell…

Before leaving on a trip, a man put his servants in charge of his property. He also gave them money to oversee things while he was away – money according to their abilities. One he gave five thousand gold coins, another two thousand, and another one thousand.

And the servant given two thousand invested his money and earned another two thousand for a total of four thousand.

The servant who was given one thousand gold coins buried his master’s money in the ground. He saw the master as a hard man and he was afraid. He played it safe.

When the master returned, and discovered how the first two servants doubled their money he praised each them by saying “Well done, you good and faithful servant!” Because they had been faithful with little, he put them in charge of more.

However, when the third servant dutifully handed the one thousand coins back to the master, admitting that he was afraid so he hid the money the master responded by saying “You bad and lazy servant! You knew, did you, that I reap harvest where I did not plant, and gather crops where did not scatter seed? Well, then you should have deposited my money in the bank, and I would have received it all back with interest when I returned. Now, take the money away from him and give it to the one who has ten thousand coins. For every person who has something, even more will be given, and he will have more than enough; but the person who has nothing, even the little that he has will be taken away from him.”

The parable ends with the third servant being thrown into darkness – a dismal ending!

This wasn’t a small sum of money that the master entrusted to his servants. And the first two servants made some smart and potentially risky decisions that enabled them to double their money. They had  an abundance mentality.

The third servant, however, suffered from a poverty mentality. He didn’t view his master as trustworthy or generous, but saw him as harsh and one to fear. He didn’t see the possibilities and played it very safe.

Which servant are you?

This parable is about the Kingdom of Heaven and the gold and silver represent righteousness, holiness, and redemption, but it’s impossible to miss the connection to a poverty mindset.

Mindsets are contagious. If you grew up with parents who operated out of a poverty mentality, chances are you’ve got one too! That doesn’t mean you have to keep on having that mindset!

Wondering if you have a poverty mindset?

It often disguises itself in some interesting ways, including…

When you operate out of lack, everything suffers! Poverty mentality is quite prevalent in ministry and in non-profits. Imagine what they might be able to accomplish if they operated out of abundance?

With an abundance mentality, you see the wisdom in investing your time, money, resources, talents, etc. You are empowered to support others. You know that there is more where that came from, especially if you are a Christ follower!

Transforming From Poverty to Abundance

Transforming your poverty mentality into an abundance mentality takes work. It’s a process, but one worth pursuing! It starts with…

When it comes to your wealth, not just financial wealth, but your talents, relationships, resources, etc., how do you see it?

Where is a poverty mentality keeping you from all God has for you?