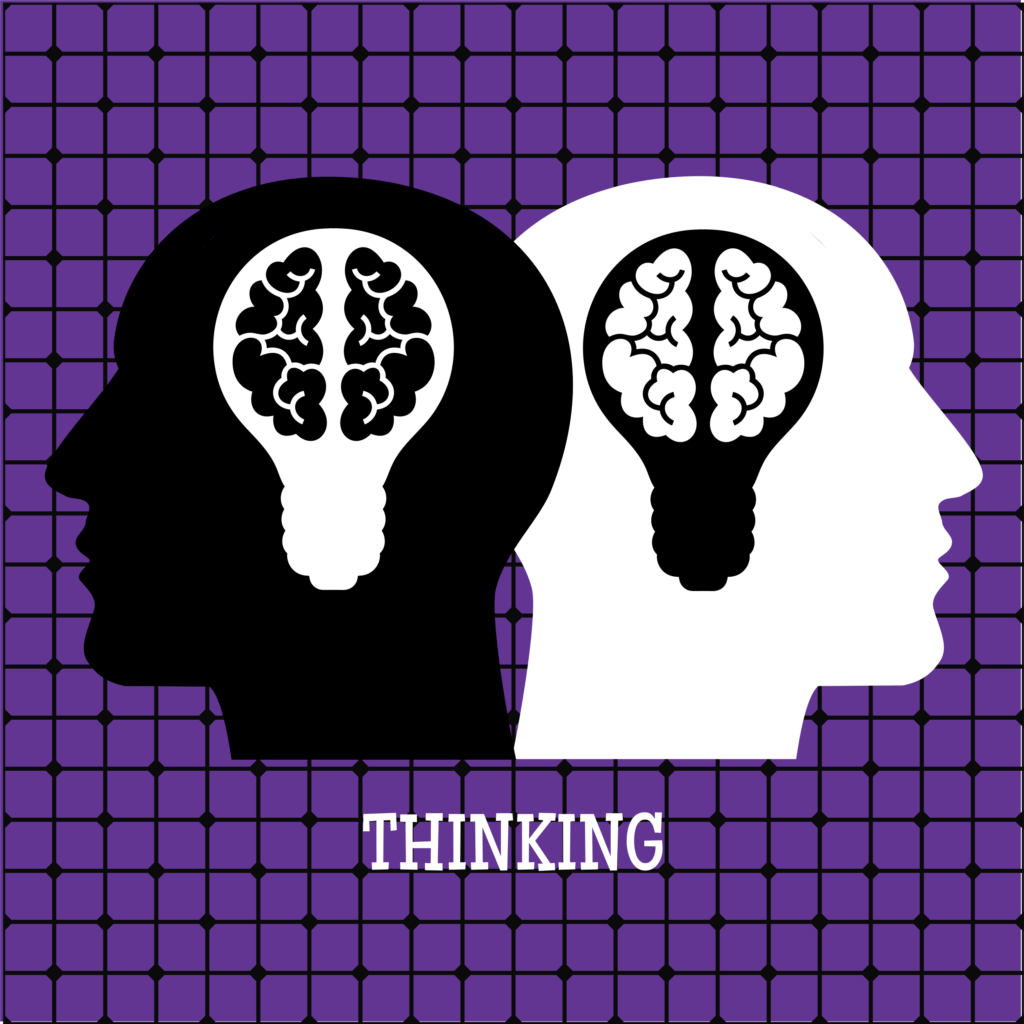 When my children were much younger, my husband and I tried to make decisions simple by offering them two choices. Did they want to wear this outfit or that one? Would they like to eat at the table or play? Did they want to share the cars or was it time for bed?

These days, my kids are offering similar choices to their children – my “grands” as I call them. Most of the time, the choosing goes quite smoothly although, every now and then neither choice is acceptable, and tears ensue.

When dealing with young children, binary choices go a long way towards simplifying the options. Can you imagine offering a child an endless array of choices or taking the time to explore all of the possibilities? Any parent would agree – it would be a nightmare! There is a place for binary thinking even for adults. Applied across the board, black-and-white thinking keeps you from indulging in some pretty sweet alternatives! That’s why as children mature, it can be a valuable learning experience to allow them to explore alternatives.

You might call it black-and-white thinking, binary thinking, or all-or-nothing thinking. No matter what you call it, it’s thinking that boils options down to these kinds of extremes:

While black-and-white thinking might feel safe and orderly, that’s actually an illusion. All-or-nothing thinking has the potential to hurt your relationships, keep you blind to the possibilities, and when it crops up in the workplace, it’s rarely positive!

Despite the polarization that’s prevalent in today’s society where you are either for or against something, most people don’t actually side 100% on either side. The shades of gray between the two options are infinite.

Black-and-white thinking is not limited to your personal life. Here are some unexpected ways that it shows up in the workplace:

Hillary was pretty annoyed by Rick, another manager. He repeatedly made comments about her work and ways of communicating that stung, and often in front of others. It was embarrassing! Rather than asking Rick directly to share his concerns privately, Hillary increased her communication with Rick in a variety of ways in hopes of making him happy and ending the unwanted comments. Unfortunately, her efforts didn’t have the effect she was hoping for.

Do you see the black-and-white thinking? When I don’t communicate, Rick is not happy. If I communicate more, Rick will be happy. Unfortunately, Hillary had no idea what Rick wanted or needed when it came to communication.

Hillary made a valiant, but misdirected effort. A brief conversation with Rick would have uncovered additional options, various shades of gray, that would have enabled her to address the situation more productively and without making assumptions.

June asked Sally to create an ad for an upcoming event. June provided Sally the ad specs and told her she needed the ad in her hands by Friday. Sally was excited about the opportunity to be creative and got right to work on the ad and had fun doing it. Sally worked diligently on the ad and was able to put it on June’s desk before she left on Thursday – a whole day early! When June spotted the ad on Friday when she got to work, her heart sank. The messaging was all wrong! What was Sally thinking thinking? “Can’t she do anything right?” moaned June.

Did you spot the black-and-white thinking? Everyone knows the correct message! There’s the right message and the wrong message. Needless to say, when the instructions don’t include that kind of information, it’s tough to expect others to read your mind. In Sally’s mind, she did exactly what June asked her to do.

Everyone liked Don. He had robust network which led to all kinds of fantastic business opportunities. He would immediately jump all in and work an idea with enthusiasm…until things got hard. That’s when he lost interest and his efforts petered out. His give it all you’ve got way of working would ramp back up when the next opportunity captivated his attention. You know how the story goes. This pattern of not following through when the work got too hard or didn’t produce quick results kept him from ever seeing the fruit of his labors.

Don’s opportunities had amazing potential! Unfortunately, when your mindset is that you are either a success or failure, persevering seems pointless. If you expect “good” opportunities to be easy, then hard ones must not be worthwhile.

I’ve shared three examples, but there are many other ways that black-and-white thinking creates issues for you in the workplace. You may not even be aware that it’s crept in.

So how can you turn that kind of limiting thinking around?

Your words are powerful! Ditch words like all, always, never, nothing, ever, everything, and should. When these words are in the mix, some black-and-white thinking is probably going on!

2. Hunt for the Positive

Your focus may be on the one negative aspect of a situation rather than on the seven positive facets. Challenge yourself to find the good; make it a habit. People and situations are rarely all good or all bad.

3. Come Up With More Options

Black-and-white thinking tends to think the worst of others or view them as perfect. Practicing empathy allows you to cut people some slack. You never know what others are facing and what might be influencing their behavior – actions that have absolutely nothing to do with you. Be gentle, both to yourself and to others. Imagine how things might have been different if Hillary (Example #1) or June (Example #2) had chosen to respond this way.

6. Stop Making Mountains Out of Molehills

In example #1, if Hillary had been able to not take Rick’s disparaging comments personally and chalked them up to his issues she might have been able to speak up in a light hearted way that would have immediately put the kibosh on such comments in the future. Fear colors things, and rarely in your favor, especially when combined with black-and-white thinking.

One of the marks of all-or-nothing thinking: being rigid. Encourage yourself to break out of your norm now and then by mixing up your routine or how you do things. It will help you be more receptive to new ways of seeing and doing more important matters when they unfold.

Eliminating all-or-nothing thinking is a process, and well worth the effort. Don’t get sucked into believing it requires perfection. The truth is that achieving success is a messy process full of ups, downs, twists, turns, mistakes, and baby steps forward! Remember, every tiny step forward counts!

Hanging on to black-and-white thinking may seem safe, but in reality it leads to anxiety, is extremely limiting, and is more dangerous than you realize!

How is black-and-white thinking showing up for you?