Communicating With Success – Here’s The Truth 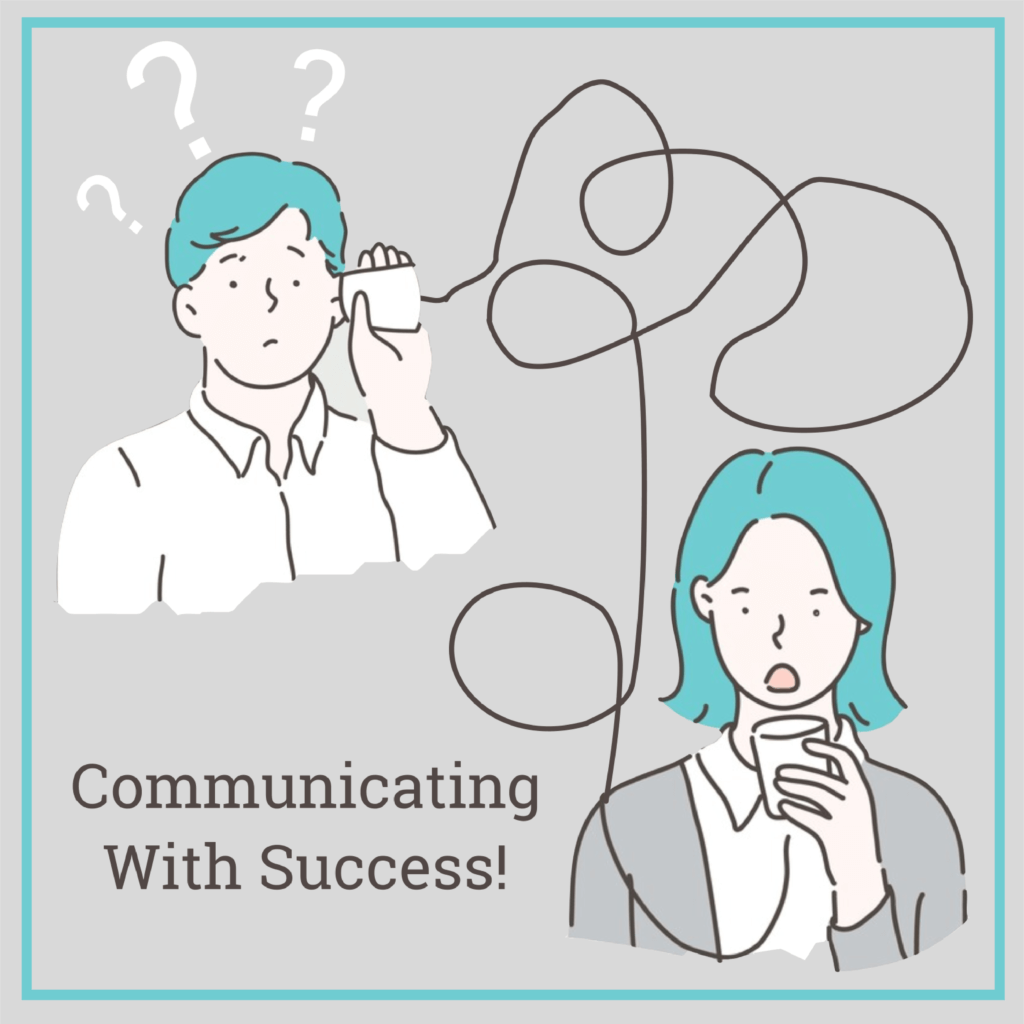 Communicating well is no easy task!

A few years back when flying was less complicated, I had an interesting encounter with the man sitting next to me. It only took a few minutes to figure out that the man sitting next to me on my flight home had a lot on his mind. He began by celebrating the fact that he was able to score a seat closer to the front of the plane – the seat that my husband gave up to fly elsewhere for business. That was just the beginning and buckled in, I had nowhere to go.

When the conversation was over, one thing was clear. The happy-go-lucky fellow was on the verge of walking away from his marriage. He was confused and had no idea how to make things better. He didn’t even really know how to talk to his wife – communication was nearly nonexistent in their relationship, and he was convinced she was a little crazy. This encounter was a fabulous reminder that communicating well matters!

Don’t get me wrong – I could relate to his pain. Over the years, my husband and I have had our own communication struggles.

Communication is not just tricky in marriages, however. Misunderstandings can take place with family, friends, or with those in the work place just as easily; especially when communicating with someone of the opposite sex.

Because men and women process and communicate differently, it’s not surprising that misunderstandings happen. But with this awareness in mind and an appreciation of the differences helps.

Women experience life as a process where everything seamlessly connects together, while men tend to compartmentalize. That’s why when a woman is talking, she seems to jump from one topic to the next, like this:

I really need to think about getting a new phone before it dies altogether. It’s been acting strange this last week. My boss was very unhappy with the way the conference call went today.
It’s so hard to please him. Did you go by the dry cleaners? I have no idea what I am going to wear to that meeting tomorrow.

A man has a difficult time understanding what a phone has to do with an outfit for tomorrow. He’d like to solve the phone problem first. For a woman, the phone reminded her of the conference call and how she must dress for success for tomorrow’s significant meeting. She’s feeling stressed and sharing allows her to release some of the pressure. This kind of seemingly disconnected rant can make men crazy.

Men, on the other hand, tend to focus on one thing at a time in a more linear and logical fashion. That’s why they are able to keep work concerns in the work box, home concerns in the home box, and the problem with the car in the car box.

Being able to keep things separate makes it possible for a man to focus on work in spite of the car problems in ways that are more difficult for most women. It doesn’t mean that a man doesn’t come home and feel work stress, it just means he might not think to share it.

Women tend to process what’s taking place in their life through talking while men tend to process internally. For most men, that processing takes time. That’s why men often don’t know how they feel when you ask them. First, they need time to think about it.

In the course of a day, an average woman speaks 20,000 words compared to the 7,000 words a day an average man might speak. In addition, a woman generally thinks in words and tends to readily have words to express what’s going on. There are very few word-free moments in her mind.

Men on the other hand often have thoughts that don’t become words. Frequently, when I ask my husband what he’s thinking about he says He’s not thinking about anything – his brain is in neutral. As a woman that’s hard to imagine!

As a woman, how can I communicate more effectively with men?

As a man, how can I communicate more effectively with women?

Of course, we are all unique! There are men who have the ability to talk more and see things in a more interconnected way. And there are women who don’t need to say much and may even be a fixer themselves. And personality is certainly a factor in our communication style. However, being more mindful that there are differences in how men and women communicate will never hurt!

Relationship is at the heart of leadership and communication is the key to doing relationships successfully. That means your ability to lead hinges on how well you communicate. A clear understanding and appreciation of how men and women are different, and being able to approach them accordingly, creates less friction. Just ask the man I met on the plane!

Communicating in new ways takes practice! You’ve been communicating the way you do for a long time. But it is possible to grow, so don’t give up.

For a man, my new friend was surprisingly chatty and unusually revealing. Even with these qualities he was surprised to discover some of the things I have shared with you here. The information gave him hope, and a fresh perspective. He was convinced that the seat change was no accident.

How about you? When it comes to communicating with someone of the opposite sex, what do you struggle with most? How would improving your communication skills benefit your life or leadership?