Captain Steady – The Real Life Superhero That Makes a Difference 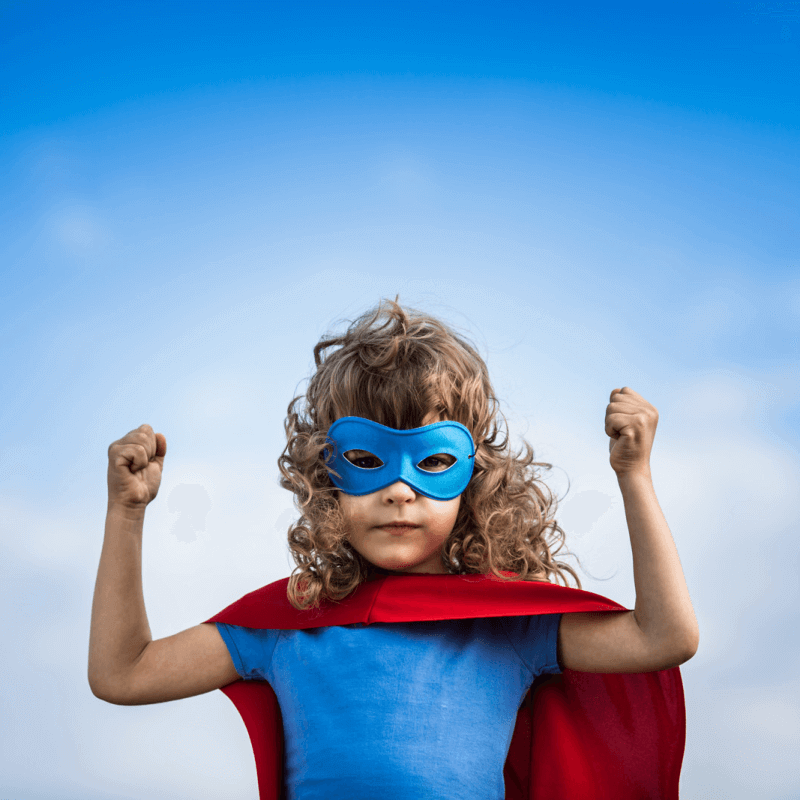 Superheroes are wildly popular these days, which explains why there are more than 25 superhero movies coming out in the next three years. As a culture, the idea of being able to swoop in and instantly accomplish something unprecedented and remarkable for good is incredibly appealing.

Many superheroes have followed Mandrake the Magician and Superman. No doubt your favorite superhero has come to mind!

I confess the concept of costumed crime fighters with special powers is not really my thing. But the idea of jumping in and saving the day – that’s something I can get on board with! Who doesn’t thrive on making a difference?

When it comes to making a difference, God has a purpose and a plan for each of us. He has something perfectly suited for the unique person He has created you to be – something you will find outrageously fulfilling and that will bring Him glory.

Accomplishing what God has put on your heart takes big vision and audacious goals. Yet, because it is something you are passionate about, sharing the vision and taking steps to reach your goals initially doesn’t take much effort. In fact, you venture out enthusiastically, and then, in keeping with the superhero mentality, you expect a quick “voila” moment and the vision to instantly become reality.

In my experience, that quick “voila” moment rarely happens! That’s because the only One who is able to swoop in and do unprecedented things is God. He’s the real superhero!

For the rest of us, it takes slow and steady plodding over an extended period of time to accomplish something sizable while carefully following His direction.

Saul is an example of a quick “voila” moment: he saw a bright light and encountered Jesus in a “superhero” sort of way that suddenly and radically altered his life and his name. It led to his conversion and his powerful effect on many, including those of us who read his letters in the New Testament today. (Acts 9:1-9) Wouldn’t you like your influence to have that kind of ongoing impact? I would!

After Saul’s conversion, God changed his name to Paul. He went on to work with Christians in Damascus, the desert regions of Arabia, and Jerusalem. Opposition from Jewish leaders forced him to go to Tarsus where he worked for about ten years – his preparatory years. It was after this preparation that Paul left on his first of four missionary journeys. None of his famous letters were written until his second missionary journey. Several of his letters were written from jail.

Paul’s goal was lofty: sharing the Good News with the gentiles. He worked steadily towards that goal.

So what does Paul have to do with superheroes? Perhaps the real superhero is Captain Steady: someone like Paul who stays the course day after day in spite of the circumstances they are in. Paul certainly faced things I can’t even imagine, including being beaten, stoned, imprisoned, and being ship wrecked three times. He went hungry, was thirsty, survived the cold, and sleep deprivation. (2 Cor. 11:23-28) He had a myriad of reasons to give up and yet he stayed the course. I have to be honest, I don’t know if I would have had the kind of fortitude Paul had.

Can you relate? Maybe you‘ve been pursuing your calling and goals for some time and yet are not getting the results you anticipated. I imagine Paul having similar feelings during the ten years he was in Tarsus.

What kept Paul focused and continuing to pursue his calling? Paul was…

While the path to your big dream or calling may not be as dangerous as Paul’s, yet, whenever you set out to do something big the path is sure to have its ups and downs. There will be moments where you might even think you’re on the wrong path. That’s when it is time to hunker down and follow Paul’s example.

Here are five ways to embrace that “Captain Steady” superhero in you:

1. Do something every day

Baby steps add up when you take them consistently! What small steps can you take every day that will get you closer to realizing your vision, walking in your calling, or reaching your goals? You can’t do everything, so focus on the steps that will have the greatest impact. Remember to rest on Sunday – perhaps that’s the day you focus on praying and seeking God’s direction.

Even Paul was not immune from obstacles! On the contrary, he probably encountered greater obstacles than you or I will face. When obstacles pop up, and they will, how will you handle them? While in prison, Paul continued to rejoice in the Lord and pray! (Acts 16:25-26)

Being 100% transparent with you, rejoicing in the midst of obstacles is not easy for me! I am in the process of putting a plan in place to remind me to rejoice when obstacles crop up. As I have shared previously, I am battling Lyme. It is an up and down adventure. There are good days and bad days. This past week has been hard… and while I have prayed, my first inclination was not to rejoice! Onward to making that plan – I hope you will too.

Don’t get so set on what moving forward will look like that you miss the divine opportunities that God offers you! Pay attention to what God’s up to and let Him lead you!

Lately, the blessings in my coaching and publishing businesses seem to come out of the blue – things that only God can make happen and have little, if anything, to do with my own efforts. That has encouraged me to stop striving and to believe that God is at work on my behalf even when I can’t see it. That doesn’t mean that I’m not doing anything, but rather I do what I can and trust Him with the rest.

4. Superheroes need more than tights and a cape

The make-believe superheroes in movies and comic books all have their own unique costumes that, frankly, take guts to wear! Thankfully, releasing your inner superhero doesn’t require such get-ups. Instead, have a solid support system to lean on when the going gets tough! That might be support network of friends and family, a spouse, or a coach. Someone to keep you on task, challenge your limiting beliefs, point you to God, and help you be more creative than you would be on your own.

5. Remember who planted the vision – the One who called you

The most important factor of all as you set out to follow your calling is staying tightly connected to the source! The lover of your soul, the vision giver, the One who called you – make time for Him daily! Savor time in His presence. Nurture that relationship.

What keeps you from being “Captain Steady” -the Superhero that makes a difference?